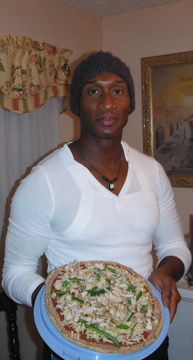 Bervin Jackson is the creator of a very unique wellness training program. After 12 long years of searching for his true passions in life, he graced the Hollywood scene in 2005 by appearing in People Magazine as Whitney Houston’s comeback fitness trainer and personal motivator. Since then, Bervin has appeared in shows such as NBC’s The Fear Factor and Fox-5’s Good Morning Atlanta. He has worked with other stars such as Angela Bassett, Rick Fox, Shug Avery, Pat & Gary Houston, and producer Tyler Perry. Bervin has also been featured in Black Men’s Magazine, J.C. Cognac billboards, and Upscale Magazine as a model. He has taught his famous CrossExercise training at the London West Hollywood Hotel, Santa Monica Beach, Beverly Hills, and Hawaii. It wasn't until November 2012 that Bervin went to a different level of wellness teaching when he was diagnosed with a life threatening black mold fungal disease that changed his life forever. This gave him a new dimension of reality. He was faced with fear, and anxiety. After spending months with many conditions, His faith in the Lord gave him the wisdom to heal his body that has now evolved around the world helping others with many conditions.

Mildred Jackson has a serious passion for humankind. She is heavily involved with the outreach ministry at her church in feeding the homeless. She is the mother of 7 children, and taught all of them to be of service to humanity. Mildred loves to cook, and was the inspiration behind Bervin's Healthy Pizzas. She began making homemade sausage pizzas for her family in the 80's. She made it mandatory that her 7 children knew how to prepare a full course meal of any selected dishes. The work ethic she instilled in her son Bervin would lead to the birth of Bervin's Healthy Pizzas, which is now called Pizzas For Charity. Mildred is a mentor to the youth, and also enjoys family gatherings, church services, group prayer, exercising, studying the bible, and traveling with her spouse, Dr. Bishop Louis Jackson. She serves on the board as the Treasurer for Pizzas For Charity. 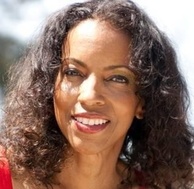 Donna Shannon serves as Secretary for the Board of Directors of Pizzas for Charity. She intended to become a research scientist when she earned her Bachelor of Science Degree from the University of Southern California, but life had other plans. While she did do aquatic research for a major university for a couple of years, singing opportunities kept coming up from time to time – she probably should have been a music major since deep down, music is really her first love. Donna has also used her education reading science books for Recording for the Blind in Hollywood, California; and also in substitute teaching and private tutoring.Musically, Donna has performed solo with and groups on the east and west coasts of the U.S. and at the Bamboo Club in Holland. Her repertoire includes mostly rhythm and blues, along with jazz standards and some country. She also sings in Spanish. She’s done recording sessions and has written a couple of songs for a movie soundtrack. While she can’t stay away from music for long, it’s been her typing and editing skills that have paid most of the bills. With a typing speed of 100 words per minute, she started her own Typing and Editing Service and now, with over 10 years of copy editing experience, Donna stays busy typing, editing, and sometimes ghostwriting other people’s material. She specializes in editing manuscripts, and is experienced with editing for non-native English speaking writers. Other endeavors have included commercial and documentary voiceovers, audiobook narration, writing, freelance newspaper reporting, editing, a little acting, and advocating for gifted children. Donna has co-written a book entitled “MLM the MYTH: The Greatest Story Ever SOLD,” which explains why the vast majority of people who try multilevel marketing fail to make any real money, and offers an updated alternative to the home business concept. She is currently working on her second book about the profoundly gifted child’s struggle to get a meaningful education. She is definitely busy but is by no means an “all work and no play” type of person. She enjoys dancing, swimming, movies, and loves to travel. Donna considers Bervin a “health guru” and she’s always happy to edit for him because she learns so much from his writing. She has observed that Bervin doesn’t play around when it comes to sharing information with others who are serious about reclaiming their health by natural means. With this in mind, Donna was happy to accept the position of Secretary for Bervin's Pizzas for Charity.

Often times we find ourselves in the University of Life.  In my case, my education began the day I committed to seek God with all my heart mind and soul as He promised I would find Him.  Little did I know it would begin a 12 year healing journey that would strip my very being to the core!  My childhood was shattered even before I was conceived. People don’t often think about the ramifications of their choices and the effects of those choices on the unborn child.  The environment gave way to continued bouts of sexual assault, abuse and violence coupled with the drugs and alcohol to keep me numbed from the pain.   Wounded people marry wounded people and I found myself married to a musician who found his significance in his record deal and trumped up stardom.  This gave me the perfect platform to prove my worth and rise above the feelings of low self-worth and shame.  I quickly moved my way up the ladder working in the heart of the music business.  Clothing myself in the glamour of parties, concerts, events and prestige, I embraced this as the life of my dreams. All along, never really knowing who I was or what it was truly like to be loved unconditionally from the inside out.   The emptiness in my marriage, my career and my heart drove me to church.  Soon after my choice to seek God, we moved to Washington State.
Talk about a culture shock.  It felt like we moved to Mayberry and everyone was so “Well Andy”ish…  I was numb to feelings for so long, I didn’t even know how to function in simple life issues. I thought I had left all my problems behind.  Living without love feeds the fear that you have battled since birth.  There were no celebrities, status positions, private parties in Washington, just me and God. I was squirming and squealing for six months entrenched in tears of sorrow and depression. My life seemed to be spiraling out of control and I felt like I was in a prison with no bars. We founded a biker ministry with some family members and took our road show across the Northwest.  We witnessed many life changing events over the next few years.  Even so, I did not know God’s voice and the same insecurities, fears and unresolved issues plagued me daily, sometimes hourly.  That is when I made the conscious decision to seek this God with all my heart, mind and soul.  That is when my life took a turn for the worse.   I have found that every shift in our lives is preceded by the gale force winds of change. I desperately needed to be free from the chains that bound me to fear.  Fear was killing me and I needed to find a way out of the grave where I had become so used to a life of abuse, betrayal and addictions. This road is not about religion. I did not receive any of my healing through the “western church”.  My journey became a supernatural road of healing and restoration where I learned to know my Fathers voice and follow his lead.  My first stop was at a sixty year old woman’s home who informed me that God had told her He was going to heal me through my dreams. Deep wounds and hidden shame can be lodged in our hearts keeping us from soaring.  God was so gracious to me as he revealed hidden pain from tragic events through my dreams, visions and his gentle voice.  Those memories that are hidden in the darkness of our souls, are like toxins that erode our very being keeping us from living authentically. As the light shined in the darkness and I was willing to look at each event with a new perspective, I was able to forgive myself and the perpetrators.  This process brought complete healing and restoration to my life and gave me the tools to start my journey of inner healing.During this period, I ran several companies from the financial and marketing perspective.  My husband and I took a failing manufacturing company from the brink of bankruptcy to well over two million in sales in the first year.  We started a custom bike company on the premise that we had licensing agreements with celebrity icons (Beach Boys, Frank Sinatra, Kiss…) to build lines of customer motorcycles designed to represent the individual essence of each artist. I have always been serious about my health, working out on a regular basis, eating whole foods and supplements. In 2008, a longtime friend asked me if I would consider working for his company as a customer care representative.  The product they sold was an oxidizer that carried a negative ionic charge working as a parasite cleanse therefore helping to clean out toxins from the body. Over the next five years, the truth of mind, body and spirit all being part of the trinity of health would unfold to me on many levels.  Because of my passion for people and my God given desire to learn and acquire knowledge, I was blessed to meet and work with thousands of practitioners, health counselors, lay persons and beautiful people in a health crises choosing to take their health back into their own hands.  The educations that I acquired during this time is invaluable and once again outside of any conventional university.  This was the catapult for the next phase of my life, which is to educate the planet on the importance of inner healing, spiritual connection and proper nutrition and care of our physical body.  The perfect balance of these three allows us to open our minds and receive revelation of our authentic selves, allowing  us to soar and find our destiny.Tamara Olson serves on the board as Charity Production.